As a math student, you learned that pi is the value that is calculated by dividing the circumference of any circle by its diameter (we typically round the value to 3.14). You will also have come across the symbol, π, in math, physics, and science classes.

Why is this symbol used to represent pi? Where did it come from?

The use of pi is dated back to the Babylonians about 4,000 years ago with calculations for the area of a circle. At that time, an approximation of “3 times the square of the radius of the circle” was used, which returned a value of pi = 3. Egyptian mathematicians approximated pi with a bit more precision at 3.1605, as indicated in the Rhind Papyrus, which dates back to 1,650 B.C.

The Greek mathematician Archimedes (287-212 B.C.) used a visually creative approach to approximate pi by using the areas of two polygons. To envision this method, picture a polygon having so many sides that it resembles a circle in shape. With a lot of patience and grit, the area of such a polygon can be determined by constructing right triangles inside, using the Pythagorean Theorem to determine the side lengths, calculating the area of each triangle, and then adding them up. 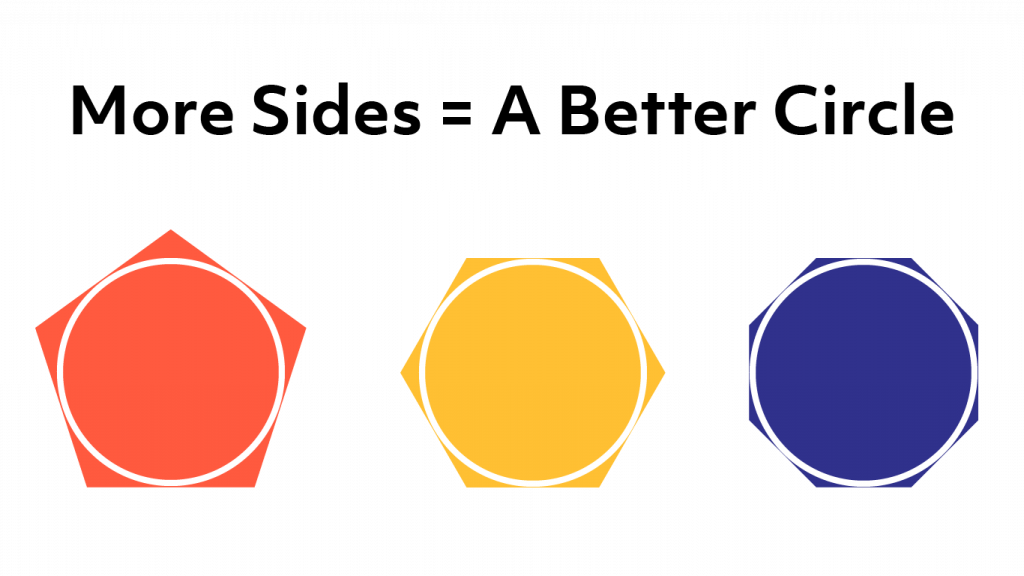 Archimedes used this approach to estimate the area of the circle that could be drawn between two such polygons, with one being just smaller than the other. From there, he was able to approximate the value of pi to be between \(\frac{22}{7}\) and \(\frac{24}{7}\).

Before the pi symbol was used, pi was described as “the quantity which, when the diameter is multiplied by it, yields the circumference” and other long, roundabout descriptions.

In the 1700’s, the Swiss mathematician and physicist named Euler formalized the use of the Greek lowercase letter, π, as the notation for pi. This is the first letter of the Greek word, perimetros, which loosely translates to “circumference.”