Pi Day is celebrated every year on the fourteenth of March around the world, and although we’re not celebrating actual pies, there can be pies involved in the celebration. Pi is used to represent a mathematical constant. Not only is it the ratio of a circle’s circumference to its diameter, but it’s also the 16th letter in the Greek alphabet (π). With Pi Day quickly approaching, here are ten ways students can celebrate its arrival. 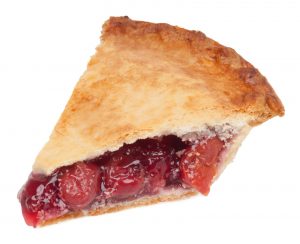 A celebration without food is not a celebration. On this day, have students eat foods that start with “Pi.” Why not start with actual pies? Pizza and pineapples, or pineapples on top of pizza are other examples of Pi foods. You can go a step further by having students measure the diameter and circumference of the pizza pies and regular pies before they eat them. This way they’re eating and learning at the same time. It’s a win-win.

Have students bake pies in the shape of the Pi symbol. If you’re not much of a baker, don’t worry. An ugly pie can still be an edible pie. A few ideas include mini pi-shaped pies, pi-shaped turnovers, and baking a pizza pie with pepperoni in the shape of the pi symbol. The possibilities are endless (just like pi!). After the baking is done, you can hold a pie-eating contest or a fundraiser. Fundraisers give students the opportunity to give back to charity while sharpening their math and multitasking skills. So, bake some pies and sell them to students and faculty, or donate them to a homeless shelter. If you choose to sell them, remember to price them at $3.14. For those who aren’t pie people, you also have the option of baking cookies in the shape of the Pi symbol.

After consuming all that Pi shaped food, a workout to burn off some calories may not be a bad idea. So, start with the number three and work your way through the digits of Pi. An example of this can be:

And so on. You can choose to do this repeatedly for as many times as you want. You can also choose your own exercises. It may not be a bad idea to get faculty involved as well. By doing a Pi Day workout, students will not only be exercising their minds, but also their bodies. 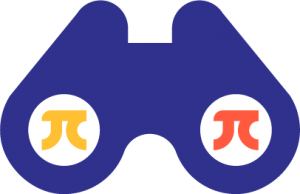 Have a scavenger hunt by hiding pi-related clues around the school and allowing students to search for them. Clues can be 3 markers, 1 notebook, 4 folders. And because Pi is technically a never-ending number, you can technically have the search last for as long as you want, but not too long, you don’t want students to give up and lose their Pi Day spirit.

Have students line up outside in a field or oval. The students should form the Pi symbol. Take an overhead shot of it. This can be a great Pi Day reminder and can be used in the school newspaper and/or yearbook. Remember, instead of yelling “Cheese” at the camera, have students yell, “Pi.” It is Pi Day after all.

Hold a relay race that requires students to run from station to station. In order to proceed, they must answer a piece of Pi trivia. You can also hold a contest to see which student can recite the most digits that are in Pi. Another idea is to have a contest to see how many words can be made that start with “Pi.” The winner can take home an actual pie.

Holding a Pi Day run is a great way to get your community involved in the celebration. Be sure that the run is 3.14 miles and that there is a prize for the winner. Prizes can include a few pies and a medal of some sort that represents Pi Day. The run can also be for a local charity. You can charge a $3.14 registration fee, and all proceeds can go to a good cause.

8. Sir Cumference and the Dragon of Pi 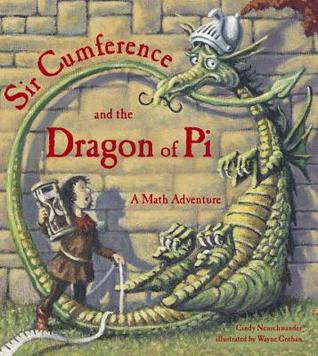 One book in a much larger series, Sir Cumference and the Dragon of Pi is the perfect book for a Pi Day read-aloud about math. Titular character, Sir Cumference, has been changed into a dragon. Because of this, his son, Radius, and Lady Di of Ameter are tasked with searching for clues to a riddle that can change him back to a human.

Pi Day paper chains is a fun activity that students can do as a large group. You can create a Pi Day chain using loops of construction paper. Make sure to use different colored paper for each of the ten digits, and each will represent either a decimal place or a digit. Because Pi is constant, there’s no telling how long your paper chain can go for. Why not try to set a world record?

Creating artwork is a great way for students to showcase creativity while simultaneously learning about math! Students can make Pi-lentines, which are appreciation cards for the people they appreciate the most with the addition of some witty Pi puns. Another way that students can be creative includes using markers or crayons to graph the digits of Pi in bar graph format on a piece of graph paper. They should do this repeatedly until it looks like a skyline across the paper. After they are done graphing their skyline, invite students to color in their buildings and the sky.