What is a Raspberry Pi and How Does it Work?

In the 1970s, the information age began. From the largest supercomputers to the smallest home desktops, this period brought with it the ability to access information at the touch of a button or click of a mouse. Advances in technology have reduced computers from behemoths stored in large warehouses to devices you can carry in your pocket or wear on your wrist.  Today you would be hard-pressed to find a business or industry that does not use computer technology in one form or another.

While the benefits of computer technology are extensive, the disparity it leaves between classes and economies is hard to ignore. Countries that cannot afford the infrastructure required to use advancing technology continue to fall behind countries that can. People without access to basic computing skills fail to keep up with advancements and find themselves falling behind their peers. Students, young and old, who lack access can find their education stunted. In short, lack of knowledge of technology, and the inability to navigate the information superhighway widens the chasm between the haves and the have-nots. 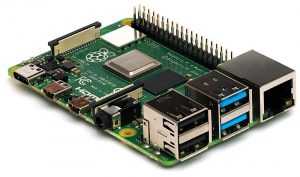 The Raspberry Pi Foundation looks to bridge the gap by providing an economically friendly way to learn beginning programming languages. In 2012, the Foundation launched Raspberry Pi, a single-board computer designed to teach programming skills, build hardware projects, do home automation, and explore industrial applications of computer technology. An economical computer – $55.00 or less – it runs Linux (a computer operating system) and provides general-purpose input and output (GPIO) pins that allow the user to control electronic components for physical computing and exploring the Internet of Things (IoT).

Founded in the United Kingdom in 2009, the Raspberry Pi Foundation promotes the study of basic computer science in schools with a single-board computer called Raspberry Pi.  One of the founders of Raspberry Pi, Eben Upton, created the first Raspberry Pi in an attempt to solve the problem of a dwindling student population in computing science at the University of Cambridge. The simplicity and ease of access led Raspberry Pi to become the UK’s best-selling personal computer, selling over two million units within two years of production, while encouraging everyone with interest to study and play. Sales from Raspberry Pi products fund charitable work that promotes the understanding of computers and the use of technology in education and developing countries. Raspberry Pi is available throughout the world through the Foundation’s website and in select countries through approved Pi Resellers. 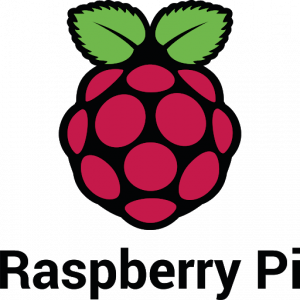 The operating system for all Raspberry Pi products is Linux. Linux is an open-source operating system that interfaces between the computer’s hardware and software programs. The language used with Raspberry Pi is Python – a general-purpose and high-level programming language used to develop graphical user interface (GUI) applications, websites, and web applications. One of the benefits of Raspberry Pi is that it is not necessary to have an intimate knowledge of Linux or Python before beginning a project with Raspberry Pi. In fact, the purpose of the product is to teach the system and language through engaging projects.

The most basic model is the Raspberry Pi Zero or Raspberry Pi Zero W – the Zero W comes with WiFi and Bluetooth capabilities while the Zero does not. The basic model provides the user the opportunity to learn the computer language and explore the Internet of Things (IoT) with projects designed to keep the learner engaged. The IoT is a system that consists of interrelated computing devices and mechanical and digital machines providing the ability to transfer data over a network. Using Raspberry Pi Zero, you can undertake projects such as word clocks, environmental monitors (temperature, humidity, etc.), airplay speakers, informational displays, drones, retro games, and selfiebots. 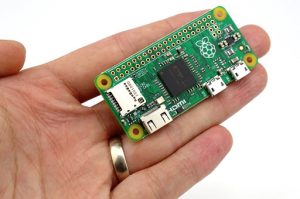 With each project that you complete, you gain knowledge and skills that increase your ability and confidence. When you outgrow the Zero, move up to the next model. Each version of the Raspberry Pi integrates new user functions such as USB ports, a media center, and a smart home hub. Use the Raspberry Pi’s later versions to build your home security system, run dual HD monitors, and build a home theater PC. The projects and applications for Raspberry Pi are limited only by your curiosity and desire to learn.

One of the most impressive aspects of Raspberry Pi is the amount and variety of support available to users of Raspberry Pi. The Foundation website contains forums, projects, blogs, help guides, videos, and troubleshooting guides. The website is an excellent resource for the self-motivated individual learner, parents, and teachers, and presents the information in an easy-to-grasp format. In addition to the website resources, the support for educators is extensive. From online training courses to magazines, curriculum, and face-to-face academies, the Foundation has ensured that educators have the tools necessary to lead students through the fascinating discovery of computer technology. Live groups and community events are an important part of Raspberry Pi. Groups include CoderDojos for young people (ages 7 to 17), school-based Code Clubs (ages 9 to 13), and Raspberry Jams (meetups for people of all ages). The events and groups are growing in popularity throughout the world, with volunteers (old and young), leading participants through discovery, problem-solving, coding, and building Raspberry Pi projects. Competitions and events also take place throughout the year that stimulates learning and encourages collaboration, creativity, and real-world problem-solving.

Raspberry Pi may not make someone the next Steve Jobs, but it will open up a world of possibilities. Computers, whether we like it or not, are an integral part of our society. They connect us and allow us to grow and learn while increasing independence, efficiency, and a sense of purpose. Raspberry Pi brings the out-of-reach to our fingertips with accessible, user-friendly technology. Coding and programming may not be for everyone, but it is available for everyone to try. Learn a new language, build a computer, and taste the internet of things with a small piece of Raspberry Pi.